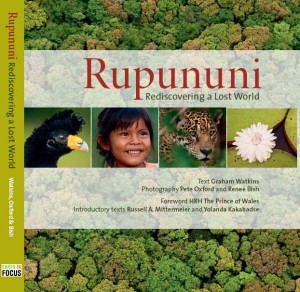 The book is now available and in stock at Conservation International in the USA and at the Iwokrama Offices in Guyana. In addition, the book is available in the UK through NHBS.

Graham Watkins, Pete Oxford, and Reneé Bish’s book on the Rupununi called “Rupununi: Rediscovering a Lost World” was published by Earth in Focus Editions, the non-profit publishing arm of the International League of Conservation Photographers. This new book describes the geology, biodiversity, people, history, threats and conservation of the Rupununi in words and using Pete Oxford’s photographs. 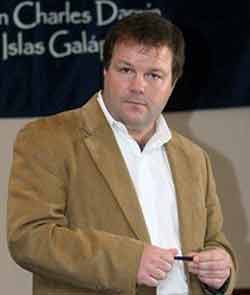 Graham is a Guyanese born British biologist who has spent most of his life working in tropical South America, mainly in Guyana and Ecuador. Graham was the Executive Director of the Charles Darwin Foundation in Galapagos from 2005 to 2009 and prior to this, during 2003 and 2004, he was the Director General of the Iwokrama International Centre for Rain Forest Conservation and Development in Guyana. Graham’s professional life includes more than 20 years of experience in ecological research, collaborative wildlife and fisheries management, and sustainable enterprise development in aquaculture, fisheries and tourism. Graham has worked in Guyana for over ten years to ensure the conservation of the North Rupununi Wetlands. Graham has published more than 30 popular and technical articles and books. Dr. Watkins holds a degree in Zoology from St. Catherine’s College, Oxford in the UK and a Ph.D. in Ecology and Evolution from the University of Pennsylvania, USA. 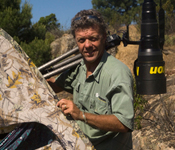 Pete, a British biologist, is an internationally renowned, award winning nature photographer. Pete has published in many international magazines including National Geographic, Smithsonian, International Wildlife, BBC Wildlife, GEO, Time, Airone and Nature’s Best. Pete is represented by leading photographic agents, including Minden Pictures in the USA and the Nature Picture Library in the UK, where he is one of their most important photographers. Pete is also a founding member of the International League of Conservation Photographers (ILCP). Pete works as a team with his long time partner and wife Reneé Bish, they have published nine books; these books make strong social and conservation statements. In 2009, Pete and Graham published “Galapagos: Both Sides of the Coin.”

Reneé is a naturalist, conservationist, designer, sculptor, nurse and photographic partner. A South African, Reneé has been a resident of Ecuador since 1992. Together with her husband Pete Oxford, she has travelled extensively around the world visiting each of the seven continents many times, drawing inspiration for her creativity from her immersion in foreign cultures. Reneé and Pete have led wildlife, photographic and indigenous culture expeditions, often to some extremely remote areas. Today they mostly travel on photographic quests; they have worked particularly extensively in Botswana, Madagascar, India, Antarctica, Ecuador, Peru, Brazil and Mongolia. Reneé met Pete in the Ecuadorian Amazon while working as a designer in the garment industry on 5th Avenue in New York. She soon resettled to the rain forest, where she set up and ran a sewing centre for Quichua women. She later co-built a successful ecotourism lodge on the Napo River in the Ecuadorian Amazon. Reneé works with Pete as the backbone in their partnership.