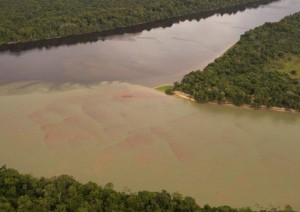 The Brazilians were the first Europeans to describe the Makushi people in the 1740s. The Makushi lived in the North Rupununi in the 1700s while the Wapisiana are thought to be relatively recent arrivals to the South Rupununi. Originally, villages were based on family groups and were dynamic, moving to explore new farming areas or away from problems. In the 1860s a major migration is recorded of Makushi moving away from Brazil because of conflict, disease and dissatisfaction with Brazilian rule. The population levels found by early Europeans were substantially diminished as a result of European diseases including a major measles epidemic that killed up to 40,000 people in the 1740s and a smallpox epidemic in the 1840s; the effect of these European brought epidemics continued until the 1950s. In the 1830s and 1840s, the Guyana Makushi population was estimated at between 1,200 and 1,500 a number that did not vary a great deal for almost 100 years.

Two issues seem characteristic of the descriptions of the Makushi by early European explorers. The first feature is Makushi prowess in producing some of the strongest curare (a poison derived from a plant Strychnos toxifera). Charles Waterton paid particular attention to the production of curare and its uses in his writings on the Makushi – including describing the construction of blow pipes and the ceremonies for producing the poison. It would appear that curare was traded with the reeds required to make blow pipes which came from the Rio Negro. The second feature is that the Makushi were constantly under threat from slavers – Caribs and the Dutch from the north and Brazilians from the west – slavers continued to affect the Makushi until the 1840s despite being illegal in Brazil and British Guiana. The Caribs also maintained villages along the Essequibo-Rupununi River access including Apoteri which was a Carib settlement until the 1880s.

The arrival of Europeans completely changed the lifestyles of the Makushi. The establishment of the church missions, cash economies, and schools by Europeans usually near rivers drew the Makushi into larger, less mobile communities in the savannas. The Makushi continue to farm in forest areas, but lost much of their mobility and independence under these new living conditions. These changes also heralded the slow loss of traditional lifestyles including major communal ceremonies such as Parishara that were particularly important for relationship building among mobile and isolated small communities; with the arrival of guns and changing cultures, the use of curare had all but disappeared by the 1930s. The Makushi Research Unit has done an excellent job of documenting some of the important cultural and traditional knowledge of the Makushi. 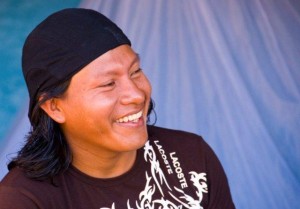 The Makushi established a land claim during the Amerindian Land Commission (1969) process that ran from the Takutu River to the Siparuni River, up the Essequibo River and then across the Kanuku Mountains back to the Takutu and back to the Pakaraima Mountains. These lands are known traditional as the Pîyakîîta, which means “the place of landings.” These lands were particularly important to the broader Makushi as sources of Curari-Iwokramî (Curare Strychnos toxifera) and Kata yé (Greenheart seeds Ocotea rodiei), which were the basis for trade with the Brazilian Makushi. The Amerindian Lands Commission recommended the establishment of this broader area as Makushi lands, but the consequent Amerindian Act only apportioned smaller savannah areas around the existing villages.

Today, there are approximately 9,000 Makushi in Guyana in 27 communities. Makushi speakers make up 77% of the population of the North Rupununi; the remaining inhabitants are 11% Wapisiana, 9% mixed, and 3% Arawak. It is important also to note that there has been substantial migration of Makushi people from Rupununi to Brazil after the Rupununi Rebellion and the decline of the cattle and balata industries.